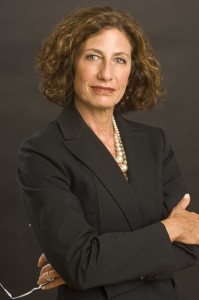 Attorney Levinson’s expertise is reflected in a lifetime legal career of criminal defense work and family law. In 1984, she joined the Criminal Defense Division of the Legal Aid Society of the City of New York in the Bronx, representing indigent clients. Her work took her from arraignments through appeal in state courts.

After three years, Ms. Levinson was named an assistant federal defender in the Eastern District of New York. There, she represented federal criminal defendants from all over the world. She relocated from New York to the Berkshires of Western Massachusetts in 1993 and joined the criminal law department of a regional law firm. She formed her own practice in 2008.

In New York and Massachusetts, Ms. Levinson serves as defense counsel in state and federal trial courts and in the appellate courts. She defends clients facing misdemeanor crimes, DUI, drug charges and homicides, as well as white collar and corruption cases. She is experienced in cases involving mental illness or incapacity. She works with both adults and juveniles.

Each year, Attorney Levinson spends a week at her law school alma mater, Cardozo School of Law in New York, as a faculty member. She teaches in the yearly Intensive Trial Advocacy Program for second- and third-year law students, which is run by her law school professor and mentor, Barry Scheck, of the renowned Innocence Project.

Ms, Levinson was inducted into the American College of Trial Lawyers in 2014, at the organization’s annual meeting in London, England. Fellowship is ”limited to those trial lawyers who are unquestionably and eminently qualified, in addition to being the best in their state/province. Qualifications must include high ethical and moral status as well as excellent character.”

A Sampling of Success